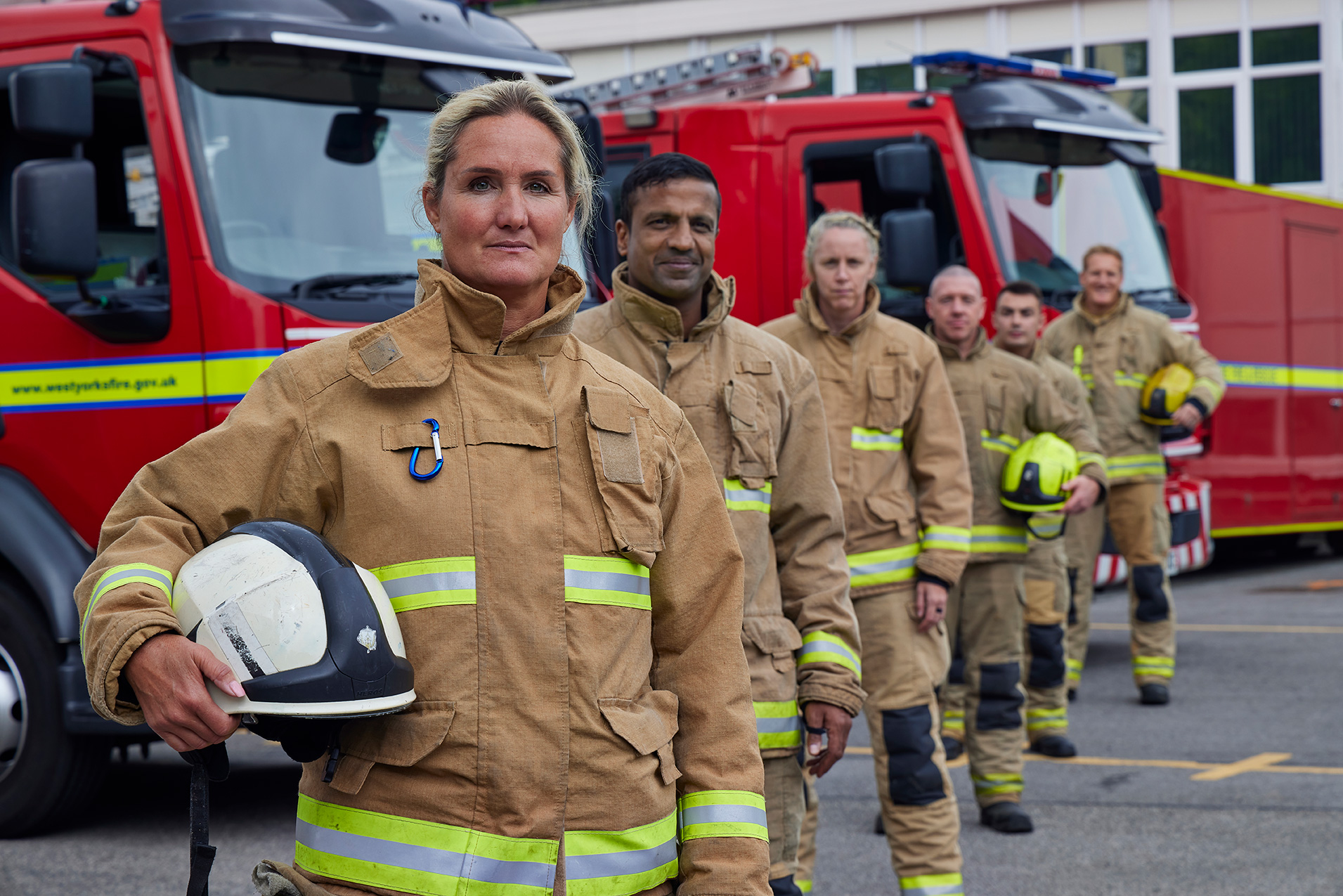 This unique four-part series takes us onto the frontline with the men and women keeping their communities safe during the pandemic. It’s a rare chance to go behind the scenes with this inspirational band of West Yorkshire firefighters.

Filmed using the latest technology, viewers will be brought closer than ever before to real-life emergencies, seeing inside burning buildings and getting to the heart of the action.

West Yorkshire Fire and Rescue Service has 900 firefighters with a diverse range of personnel dedicated to serving a population of more than two million people – often in remote, highly dangerous and life-threatening situations.

Each episode shows the men and women behind the visors as they help communities during last winter, in the midst of the coronavirus pandemic.

From bringing under control one of the biggest fires seen in Bradford in decades, to helping vulnerable people at home, expect drama, jeopardy, hair-raising moments and firefighters working day and night to be the best at what they do – with plenty of Yorkshire warmth and humour along the way too.

Aisling O’Connor, Head of TV Commissioning for BBC England, said: “This series captures the lives of these brilliant firefighters, and highlights their dedication and determination to keeping people safe especially during a national emergency.”

Mark Robinson, Creative Director at Wise Owl Films, said: “It was a real privilege to follow West Yorkshire’s firefighters during a difficult winter and a global pandemic, and to see their role at the heart of the community – the same communities many come from themselves.

“Not only will viewers get to see footage - captured by helmet cameras - that plunges them into the heart of very dangerous scenarios, they will also see day-to-day life within the stations, behind closed doors.”

Deputy Chief Fire Officer, Dave Walton, said: “We are hugely excited and proud to feature in Yorkshire Firefighters which showcases the skills and expertise of the modern day Fire and Rescue Service. The programme offers a rare glimpse into the daily lives of Firefighters and our Control Room staff.

“Our teams work tirelessly around the clock to save lives whether that be as a consequence of fires, road traffic collisions, water rescues or a whole range of other types of technical rescues, and we’re excited for viewers to see what it really takes to be a Yorkshire Firefighter.”